Finding connection through cinematic taste buds: the food scenes that deserve a place at a Thanksgiving table 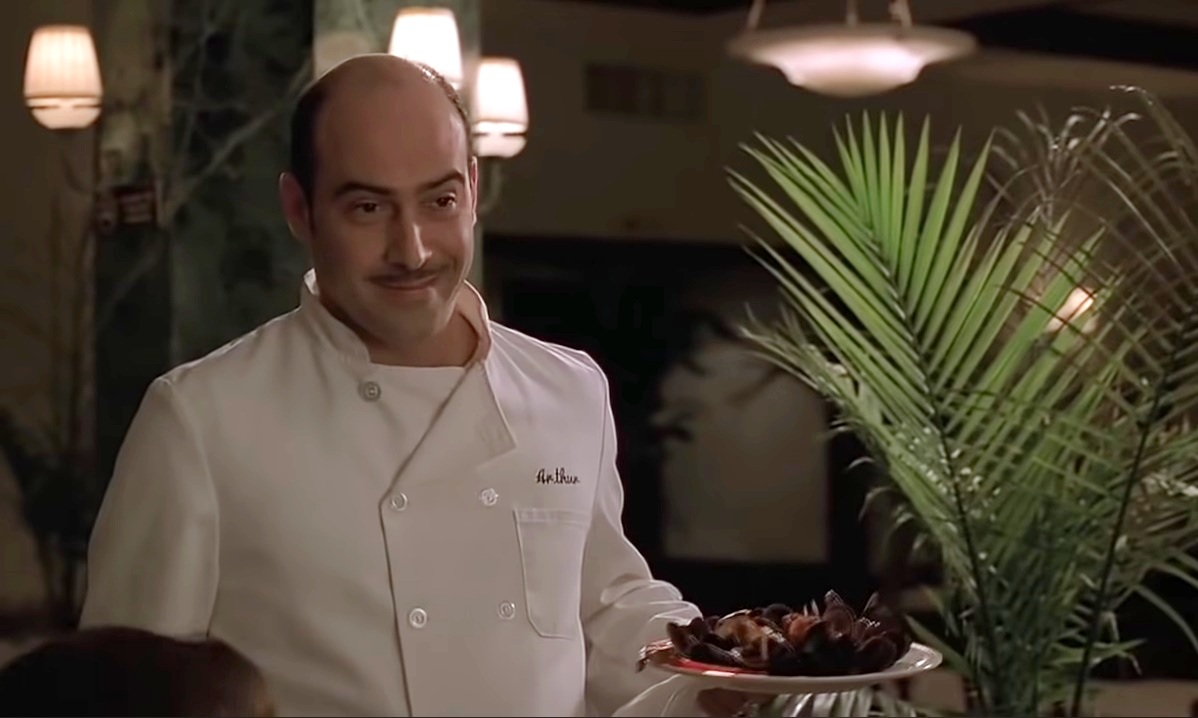 Just because Lady and the Tramp has a memorable dog date doesn’t make it a best-of food movie scene.  It’s almost like just because a film has an eating scene, it deserves a place on a Buzzfeed-style list. If we’re being honest, the Tramp’s noodles look a little limp and the sauce in their alley spaghetti is clearly watered down. And the sanitation in the chef’s brick noodle shanty? Definitely out of code.

Food can be a narrative messenger in itself – it exudes culture, memory, and a sense of connection forged between those who are breaking bread. The food scenes most impressionable are the moments where the passion for preparing the meal is so sincere that the audience feels inextricably linked to character and setting. We can relate to this. No matter how hard life gets, a person can find solace in quietly chopping vegetables and sprinkling them into a simmering soup.

As an ode to a week where relationships are strengthened or exacerbated surrounding a meal, here are a few scenes where the food on the table turns a simple task into an art form.

The creators behind Ratatouille translated Remy’s love of food to a visceral sense that the audience is standing in that kitchen inhaling every tintillating aroma as it leaves Remy’s little rat paw and enters the soup. The art direction and lighting in the kitchen has to be perfect, and it is – the warmth and rustic golden tones of the kitchenware and flames feel like the whole scene takes place in a sleepy warm loaf of bread.

Remy’s passion is apparent in the fact that he simply can’t leave the soup alone, but also his choice of ingredients. You could make an entire bar trivia category out of Remy’s soup ingredient choices, and this is not an original thought – other writers have spent time explicitly theorizing on his specific ingredients because the soup just looks so dang good.

The delightful score, the contrasts of exuberant color, and the steam pouring from this evolving recipe make an unforgettable two-minute food journey. There’s zero shame in going to a French market and buying the ingredients to try to imitate Remy’s soulwarming soup.

It’s not even fair to be able to make grilled cheese the way Jon Favreau does on his household flattop grill in Chef.

The theme of the best food scenes is often that the character has lost something. They’ve lost their life enthusiasm, they’ve been hurt, they’ve damaged a relationship. The meal is a source of solace, yeah, but it’s a process of healing. The lesson here is that if you have a metaphorical hole in your heart, stuff it with grilled cheese.

Like Ratatouille, part of Chef’s success is in the care in which it depicts the ingredients. It’s not about the result – it’s about the process. It’s meditative. Favreau methodically chooses his cheese, he stacks it just so, he massages the bread into the sizzling butter – it’s barely appropriate to even describe this scene. He butters the bread a second time, toasts it to a perfect golden brown, and slides it onto the plate. You see that he’s not making it for himself – the meticulous craftmanship is all for the person he loves most in the world: his son.

Artie Bucco is the amiable loserly chef who frequently gets taken advantage of by the mobsters he feeds. He’s lost heart, nobody likes his stupid jokes, and his feud with Benny Fazio has resulted in his hand being boiled in tomato sauce.

He retreats to his kitchen with a glass of wine, and his wife tells him a young couple with car trouble has seated after closing. He initially rejects serving them, but relents. He pulls a rabbit from the cooler (one that he blasted in his suburban back yard). He opens a creased, yellow-stained handwritten recipe book, visibly pored through from years of love, not abuse. Artie decides on fried coniglio, a simple and elegant rabbit recipe.

For a show that was usually overt with its soundtrack choices, this cooking begins with no music. Your soundtrack is the whoof of the gas flame shooting up, the crackling sizzle as Artie sprinkles a handful of fresh minced garlic, and a soft sniff as he wafts the familiar scent gently into his nostrils. It’s a fleeting moment appreciated for its understated emotional heft (the video has a million views on Youtube). The viewer sees a man who has hit emotional rock bottom ground himself by going back to the roots of his grandfather’s recipe.

Hassan and Marguerite are chef’s from rival restaurants a hundred feet apart who have grown to care for each other. This rivalry isn’t “hehe we are whimsical competitors in love”. It gets downright nasty, as a chef from Marguerite’s French restaurant firebombs Hassan’s restaurant and seriously burns his hand. Hassan then seemingly leverages his relationship with Marguerite to get an esteemed job at her restaurant, making her feel used.

By the time the two of them come together and agree to make an omelet, the emotional build-up is stacked. Each shot is purposely framed to show this as a shared activity. They both reach for pinches of spices from the same bowl. The camera lingers as they delicately integrate fresh-chopped parsley and hot pepper flakes. Hassan sifts the omelet in the cast iron while Marguerite stirs it and spatulas the folded egg onto a plate. She sits and bows her head and her face wrenches with emotion.

The characters have dissipated their misunderstanding and symbolically amended the hateful cultural gap between the French and Indian restaurants. All of this was achieved through the simplicity of breaking eggs.

Yeah, the food in these scenes looks like it should have its own R-rating. But it’s not about the aesthetics or the finished meal – each character finds their hope and growth in the simple love of the craft.

In the real world, the meaning isn’t found in the end result of a Thanksgiving table full of heaping carbs. It’s in a warm kitchen filled with intentional work. It’s multiple hands each giving care to a specific set of ingredients. It’s the warmth of good company.

In the quiet moments surrounding the process – this is where connection is found.