The classic hints of fall in peaceful upstate New York: an autumnal changing of leaves, a cinnamon-spiced cup of cocoa, the impending death of town residents because they broke an ancient treaty between mankind and tormented Celtic harvest deities—wait, what?

Thus is the nature of the upcoming Halloween horror film by Matt Sampere, due for a fall 2022 release, just in time to remind you that trick-or-treating is never really as safe as you think it is. 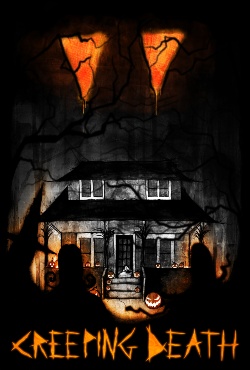 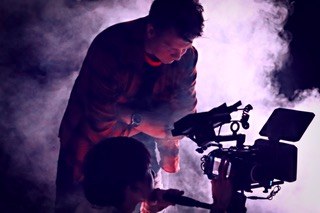 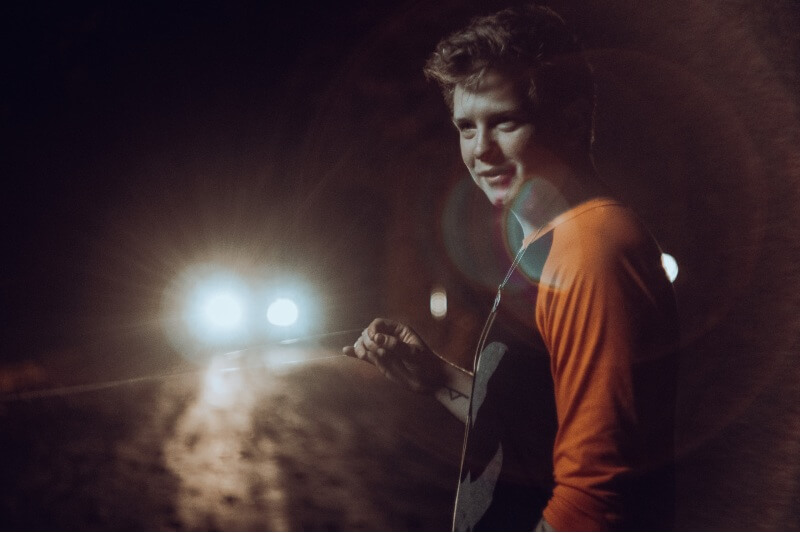 Matt Sampere is a director, actor, writer, and producer known for his steadily expanding portfolio of terror, seen the past three years in the films “The Night House” starring Rebecca Hall and “The Stolen Ones” with Jessica Bender. He creates through his own production company, Samfear Productions, and previous horror short films include “The Tree”, “The Remote”, and “Board”.

It’s easy to get up an appetite for some good ole’ limb-tearing and eye-gouging, but beyond the gore, “Creeping Death” strives to capture the exciting atmospheric dread of that “true Halloween feel”, a callback to terrors birthed in an ancient Celtic past. 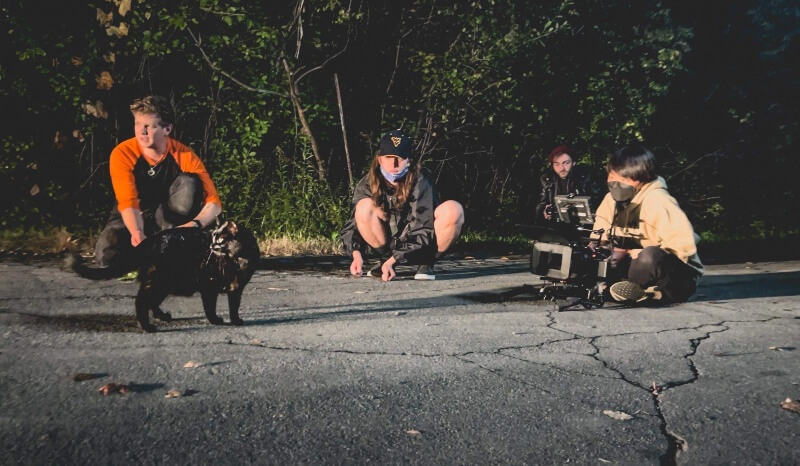 Here’s what Matt told Fable House about a movie four years in the making, and bringing life to the lush atmospheric horror of “Creeping Death”.

“With the film being set on Halloween, we shot in and around Syracuse, NY in the fall of 2021 to capture the beautiful atmosphere the fall foliage gives the area. We will be filming a few more days in Los Angeles this winter.”

“We filmed 21 days back East and have about another two days worth of shooting left to complete everything.”

“Our main goal with this film was to keep the production value high with a low budget. We had everything from stunts to live animals on set, however that didn’t come without challenges. There’s one scene that had a lengthy shotlist. We were getting close to the end of the day and quickly realized we didn’t have time to shoot it the way I had planned. I talked it over with my DP, Jonathan Lee, and together came up with a new and effective way to shoot the scene while remaining on schedule. Because of our limitations we had to get creative, which ultimately made the scene even better than we initially planned. A lot of happy accidents occurred during filming that really make the movie more special. No matter how much you rewrite and rehearse, there’s just some things you can’t plan for until the cameras are rolling and you are in the moment.” 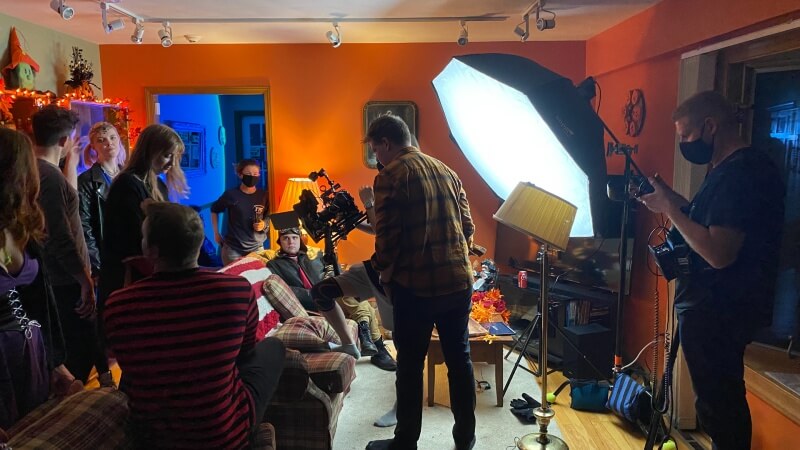 Have you started the post-production process?

“We are just starting the post-production process. While I work frequently as an editor, I have never tackled anything this size before and am excited to dive in. There’s a lot of footage to go through and while we shot almost everything practically, there will still be a good amount of VFX required to either hide or enhance things in certain shots.”

“Every shot in this film came out a million times better than I could have imagined, but I’d have to say the one that sticks in my head the most is when we first unveil the monster. The lighting and set design came together so perfect for that shot and I hope that audiences will remember it after watching it. “ 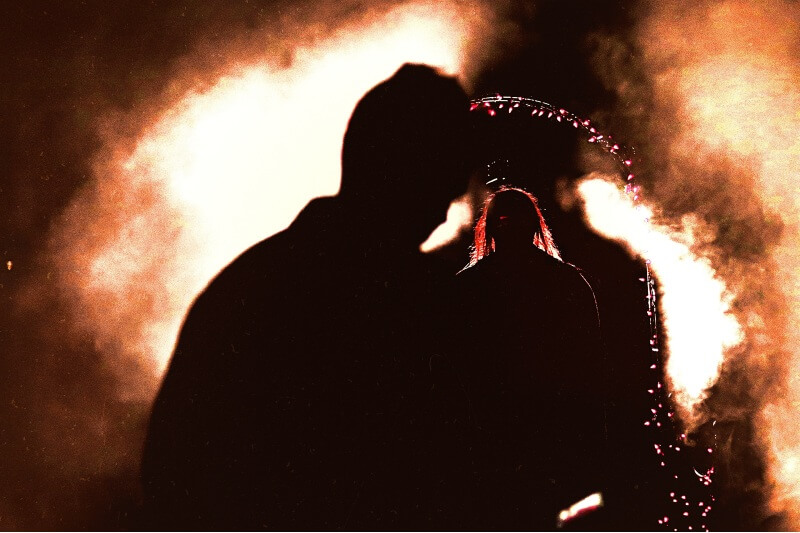 When will the film be available for viewers to watch, and where?

“We are hoping to have it ready for a fall 2022 release. In the meantime you can watch the short proof of concept that inspired the feature. It can be found on Youtube or any of the Samfear Productions social media accounts.”

“Once completed we plan on submitting “Creeping Death” to all the major horror festivals across the world. Fingers crossed!”

“There is still a lot on my plate as far as “Creeping Death” goes but I’m excited to start writing my next screenplay. I love Halloween and want to tell more stories that can take place on the holiday. I’ve been bouncing an idea around for a couple of years involving witches that I really think would reestablish how they are seen in the horror genre. I’ve been doing tons of research and have even visited Salem, MA multiple times to get the wheels going for when the time is right to start filling in those blank pages with something terrifying.” 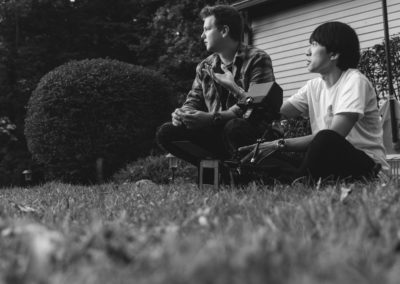 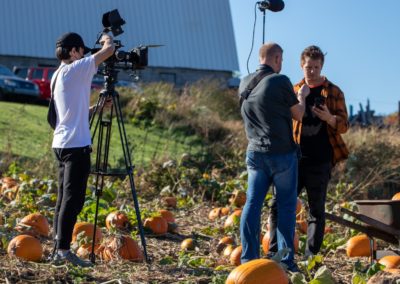 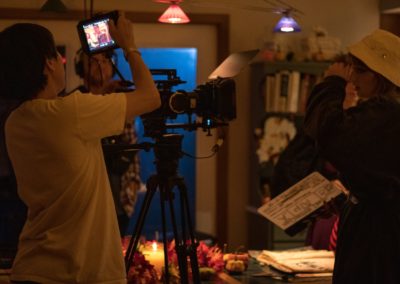 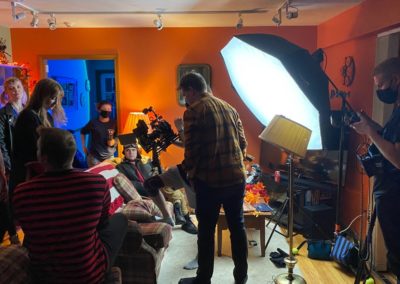 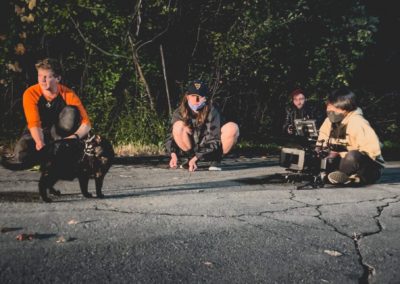 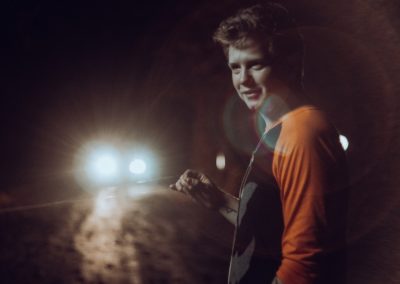 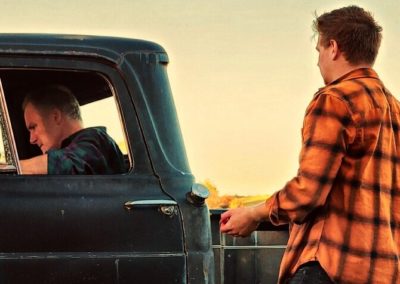 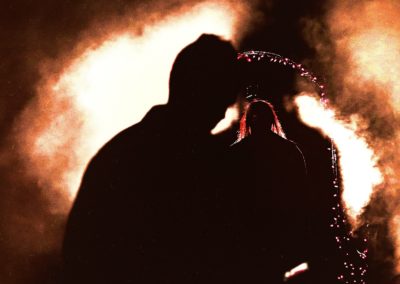 No spam, we promise! Just the latest on indie film.