New relationship at 23: “I like you. Let’s have adventure and sex and we can think about nothing but talk about everything and watch movies and drink and frolic.”

New relationship at 35: “I like you—What do you want? Children? Permanence? Let’s see if we can connect and build together over a drink. Then maybe—adventure and sex.”

This is the niche relationship circumstance explored by Eritria Pitts in her new limited web series, Terry+Sam, an authentic portrayal of a modern relationship in your thirties, created with collaborator Ben Donnelon. 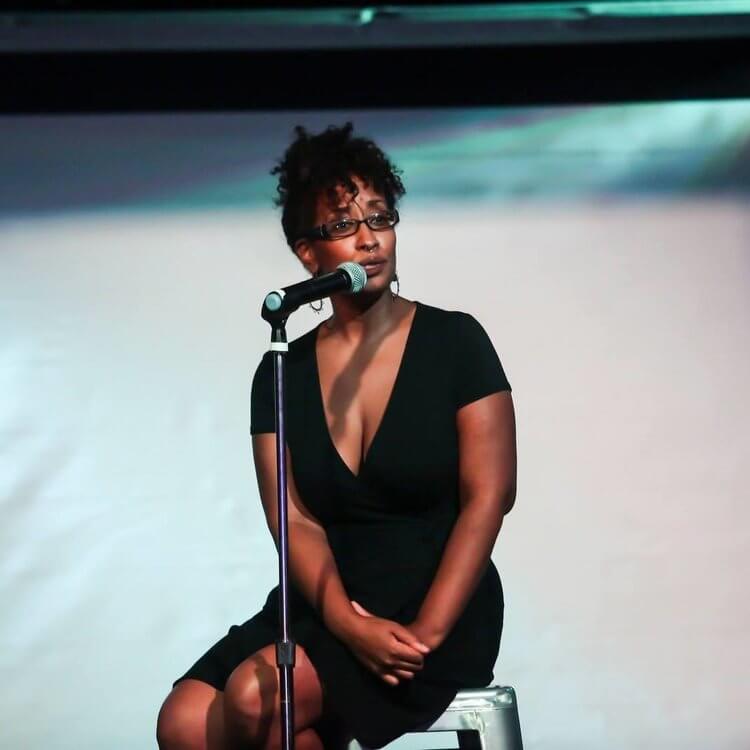 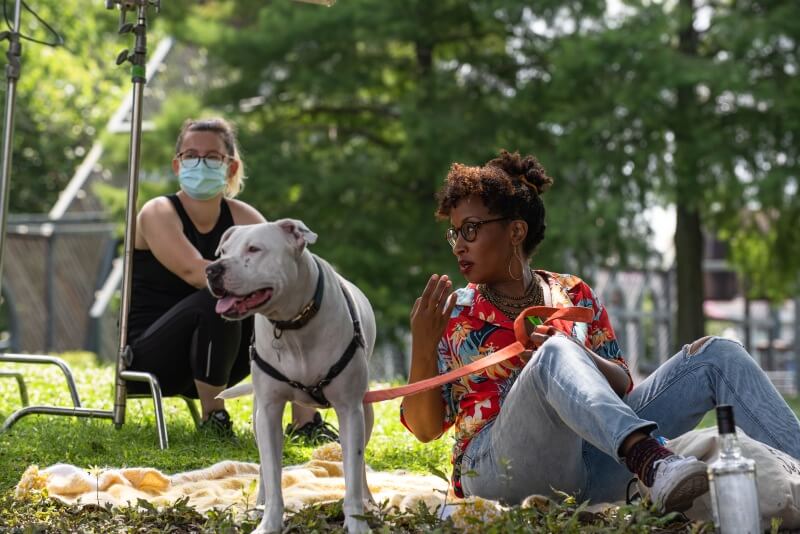 Eritria Pitts is a writer, producer, director, improvisational artist, and live performance storyteller. A New Orleans native, her narratives have been featured on NPR, nola.com, and Medium. She co-wrote the short film Residual, which was an Official Selection at the Always for Pleasure Festival in New Orleans and the 2017 Hayti Film Festival in Durham, North Carolina.

Terry+Sam originally premiered as a short film at the 2019 New Orleans Film Festival and won “Best Web Content” and “Best New Orleans-based Project” at the 2019 Black Film Festival of New Orleans. The web series expands upon the original premise and presents an authentic look at elements of trust, baggage from previous relationships, and navigating the challenges of merging your life together with someone new.

We talked to Eritria about the filming process and here’s what she had to say about shooting “Terry+Sam” in her home city of New Orleans.

Our last two episodes (one episode, two-parter) were shot predominantly in the home of my co-collaborator, Ben Donnellon.

We shot episode two in late May, full one day, and episode three and four the last week in June for two days.” 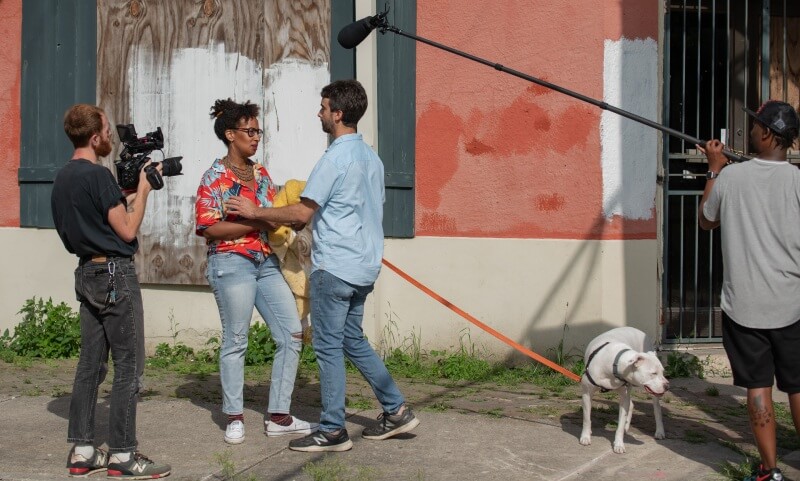 “Well, we started this journey in 2019. Terry+Sam premiered as a short at the New Orleans Film Festival that year, and soon after, we decided to continue as a limited series. So that short is the “pilot” episode. We planned on launching a crowdfunding campaign in mid-March of 2020 and shooting the following summer, but we know the ending to that story. In the end, it worked out because we used all of 2020 to revise our scripts and take a deeper look into the characters’ story arc.

We shot the rest of the episodes this summer. Episode II premieres today (Saturday, Nov 6th at the Broad “Comedic Relief”) at the New Orleans Film Festival. Our initial plan was to release them all together, but we thought it would be a cool way to re-introduce these characters at the festival that started it all. Our goal is to release all episodes by early next year.”

“Ha. It’s still going at least for the last two episodes. Post-production for episode II was perfect. Fortunately, we had someone do the editing. Ben and I were super involved, so our editor Elyse Hunt would make cuts, and we’d give particular notes. But she was phenomenal because she was excellent at receiving feedback and also provided strong suggestions. It was the first time I gave a project of mine to someone to edit. So it strengthened my ability to trust. Grateful for that.” 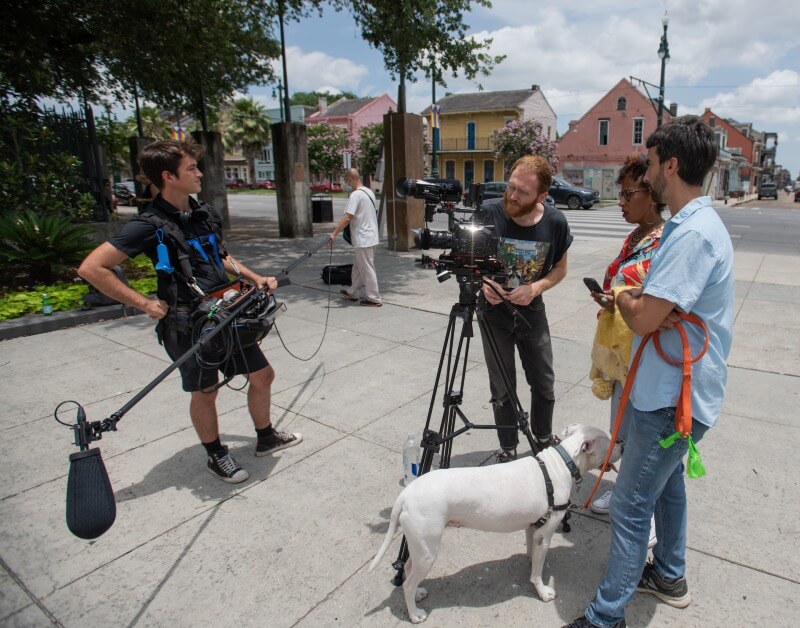 “That’s hard. Because there is SO MUCH good stuff in the last two episodes, but it’s still in post. So I’ll stick with my favorite in episode II. I’m drawn more to performances than camera shots, and in this episode, the supporting characters are phenomenal. So hilarious! I love all of the scenes with Kamari Stevens, Seth Ludman, and Ellington Tilton.”

“I’m directing (and starring) in a short next spring. It’s about a couple struggling to connect. I love writing stories about relationships, so I’m looking forward to creating this piece.” 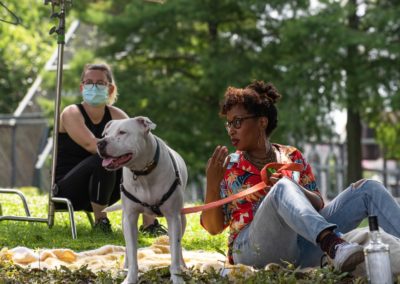 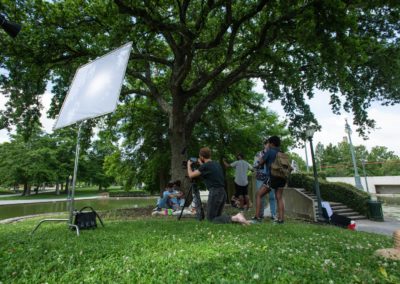 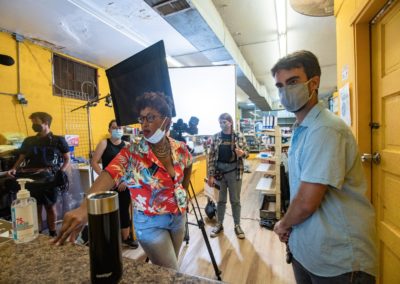 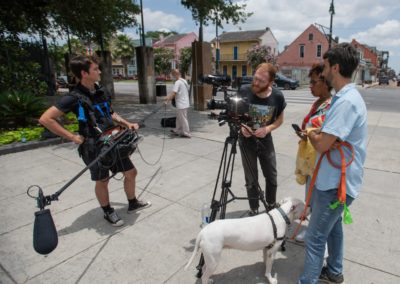 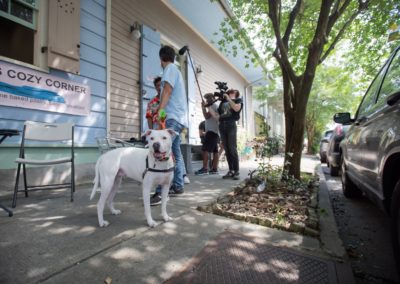 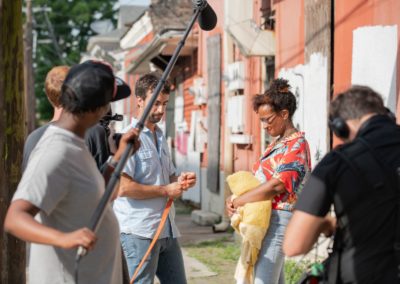 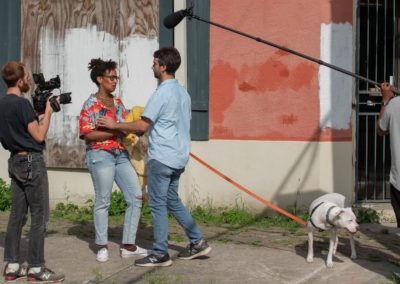 Previous Story Creeping Death: A Horror Film by Matt Sampere
Next Story The List: A Short Film by Heliya Alam