Nothing would be more 2020 than going boating on a first date you matched with online and your meet-up gives you Covid. But if they capsize you in a lake and give you a brain-eating amoeba? Well, yep…still fits 2020.

I Think I’m Dying is a short comedy film written, edited, directed, produced, and scored by Paavo Hanninen. The film was an official selection at festivals including the Sidewalk Film Festival and the upcoming 2022 Dumbo Film Festival, and it premiered as the “Short of the Week” on shortoftheweek.com. Paavo Hanninen is a writer, director, and director of photography based in New Orleans. His short film Ghost Girl was awarded “Best Direction” at the 2021 SF Shorts and he has received acclaim for writing and directing the short film Tourist and the short documentary What Remains released by The New Yorker Documentary series. 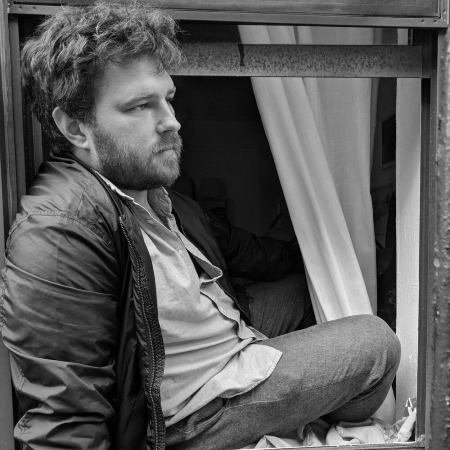 I think I’m Dying is a dark, provocative piece of back-and-forth between two neurotic humans that radiates the paranoia felt during Covid and the questions that arise when one believes they might be looking over the precipice of the end. I Think I’m Dying shows flashes of “pandemic satire” (that’s a real genre, right?) as the couple contemplates their fear, amoebas, and of course—the sexiness of dying.

We spoke with Paavo Hanninen about I Think I’m Dying and his creative process for developing every facet of the film.

“We filmed “I Think I’m Dying” in one day at our actor Yamil Rodriguez’s house in New Orleans. Originally it was meant to be at night with rain, but that was way too complicated for our crew size so we changed it to early morning–no rain.”

“Post-production was chill. We borrowed a guitar and amplifier for the shoot, so I recorded the score with our sound mixer, Justin Ditch, on the set on the same day after we wrapped filming.”

“My favorite shot of the video is probably the last shot of the film because I enjoy the pay-off of the score being played on-screen.”

“I have a couple of more shorts that I want to make, but my next primary filming goal is my feature film, Remote View, which was a finalist for the Nantucket Screenwriters Colony and WarnerMedia South Pitch. It’s a story set in the deep south about UFOs, psychic communication, and the dangers of living inside echo chambers.

If you’d like to read more about I Think I’m Dying, you can check out our feature/review on Short of the Week“

Previous Story Stalked in Your Sleep: The Claustrophic Torment of ‘Hypnagogia’ by Arvid Cristina
Next Story Hedgehog: A Short Drama by Ye'ela Rosenfeld