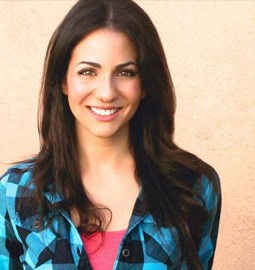 As producer, Suzann assists Fable House in coordinating and connecting sales companies, distributors, financiers, as well as in packaging talent.

With a strong background in the visual arts, Suzann attributed her artistic exploration into acting, working in Philadelphia and New York before moving to Los Angeles. Here, she began to explore production and development for feature narrative film. Suzann quickly found that producing and acting complimented one another, and has found a deep love for both.

Suzann has formed strong relationships with notable sales companies, as well as established financiers and Executive Producers. With an expansive network in Los Angeles, she localizes Fable House on the west coast to acquire and develop original content.

Suzann has led development as the lead producer on her feature, ALL GOOD THINGS (currently titled) by attaching foreign sales, distribution, and talent, such as Craig Ross Jr. as director and Steven Poster as DP. The film just casted their lead female, Laura Wiggins, known for her work on “Shameless” and will be leading Paramount Pictures’ upcoming dramatic horror, RINGS. Suzann is also a producer on female-led thriller, DOUBLE BIND, alongside producers David Moscow and Gina Resnick, with A-list director Neil LaBute (IN THE COMPANY OF MEN, LAKEVIEW TERRACE) and producer G. Mac Brown (THE DEPARTED, SCENT OF A WOMAN) as executive producers.