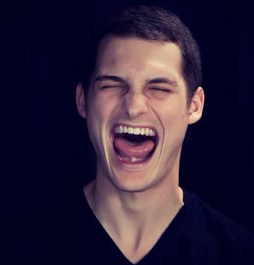 Sam is a judo chop. If he were a country he would be Canada not Switzerland. He’s the producer at Fable House.

As producer, Sam Claitor oversees all production at Fable House, from concept through production and post-production.

Sam got his first taste of production from a high school video class that sparked an obsession for production and film. During college Sam teamed up with Kenny Nguyen and Gus Murillo to found the advertising company Big Fish Presentations. Along with the responsibilities of owning and operating a company Sam served as creative director.

Sam’s next stop was as an independent creative and producer. While flying solo he worked with Justin Ball, Pixomondo, and others on projects like the film Blue Ruin, Star Trek Into Darkness, and the television series Sleepy Hollow.

After transitioning from advertising to visual effects, Gentle Giant Studios brought on Sam to open up their office in the Southern US and manage the projects in the region. There he built a strong relationship with notable clients like Marvel, Mattel, Universal, Paramount, and a number of others in the VFX industry. Sam supervised asset collection, 3D scanning, and commercial projects while managing the day-to-day operations of the office.

As a new venture, Sam is excited to bring his experiences to the dynamic creative team at Fable House.