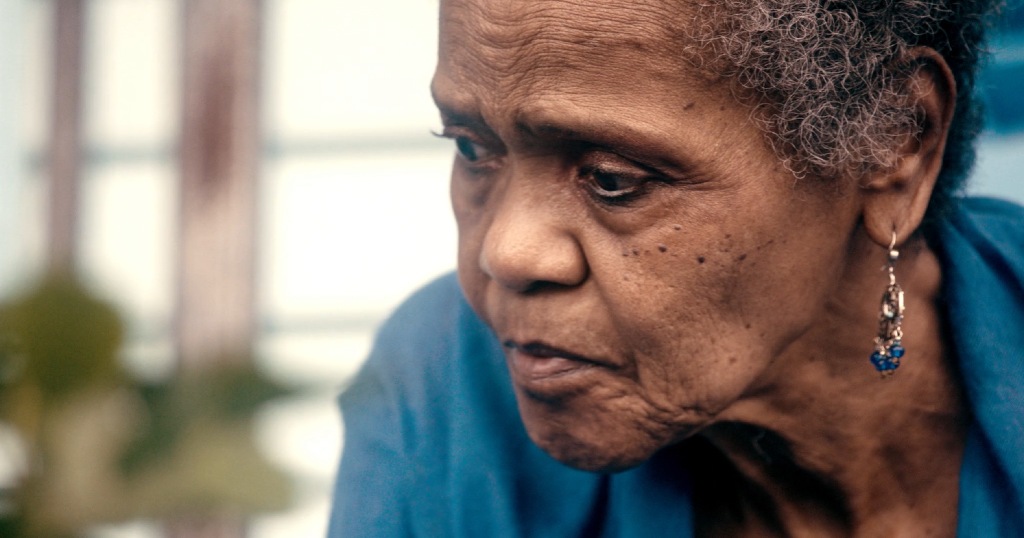 “You’re not gonna stay. Just like the rest of them.”

Ms. Blue is an eccentric, enigmatic Black woman who resides on her blue porch adjoined to her blue house where she sits and talks to a…not blue, ordinary neighborhood cat. But this is a film anchored in conveying emotion through color.

Ms. Blue exists in a bright, sunlit neighborhood with the gentle hum of a lawnmower and intermittent shots of sunlit, peach-colored flowers. The timbre of her conversation is vibrant and alive, but her mannerisms and words display a person who has experienced loss—or abandonment. She talks to the neighbor, and they don’t respond. She talks to the whirling fan—no response. She talks to the cat, Mr. Oscar, and receives no sense of reciprocated warmth. She seeks connection with everything within speaking distance, and a sense of accepted sadness surrounds her in a world of cool blue.

“I’ve been waitin’ for you to come by and see me but…you don’t come by.”

When Ms. Blue says this to Oscar, the curious neighborhood cat, it’s easy to wonder if she is talking to someone else in distant memory, a loss that has never been reconciled. It’s a striking use of contrast by Mary McDade Casteel. The audience feels a sense that no matter how much brightness surrounds a person, on the inside, they may feel cold and discarded. 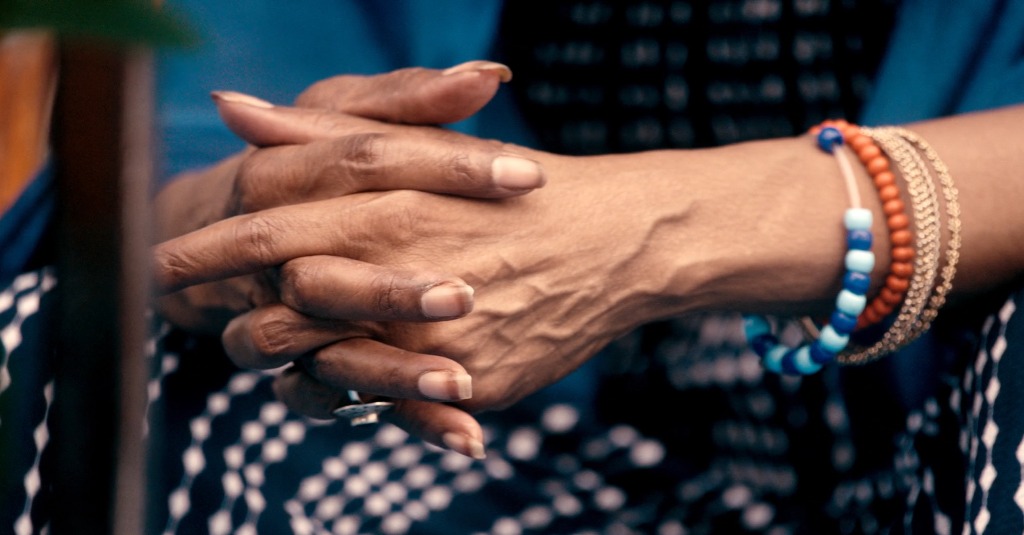 The irony of Ms. Blue’s unheard voice is that in real life, Ms. Blue’s voice was frequently heard and listened to by children and adults all over the world. Adella Gautier was a New Orleans-born performer familiar in the NOLA Performing Arts community as a lifelong storyteller, known colloquially as “Adella Adella the Storyteller”. She traveled internationally to tell stories of tribal histories and West African folk tales. Locally, she performed at the New Orleans Jazz & Heritage Festival every year since 2009 and was honored by the Big Easy Awards with a Lifetime Achievement Award. Adella Gautier, a person who lived the storytelling spirit of New Orleans, became Ms. Blue, a person who embodies a hidden story that lives beneath the surface of quiet shades of melancholy blue.

Ms. Blue was an Official Selection at the 2021 New Orleans Film Festival. It won the Jury Prize at the 2021 Arkansas Shorts Festival, a night dedicated to screening short films for a packed-out drive-in audience. Mary McDade Casteel is also known for her work on The Hunt, Queen of the South TV series, and her first directed short film, Into the Green, which also incorporates a strong sense of emotion conveyed through color.

The surface takeaway is that this is a well-crafted, intriguing monologue by a person who has seen things. Then there’s the beneath layer–that in a world of isolation, you can still carry a spirit that endures. Or as Ms. Blue says:

“I’m not gonna let anything take away my sweetness.”

Previous Story The Brooding Atmosphere of 'Samantha' is Now Available to Haunt Your Consciousness on ALTER
Next Story Movie Maestros of the South: Baton Rouge Visual Effects Duo Featured by We’ll Fix It In Post for ‘Home Team’ on Netflix