Director John F. Beach wins the gladiatorial 2022 Louisiana Film Prize with ‘They Grow Up So Fast’ 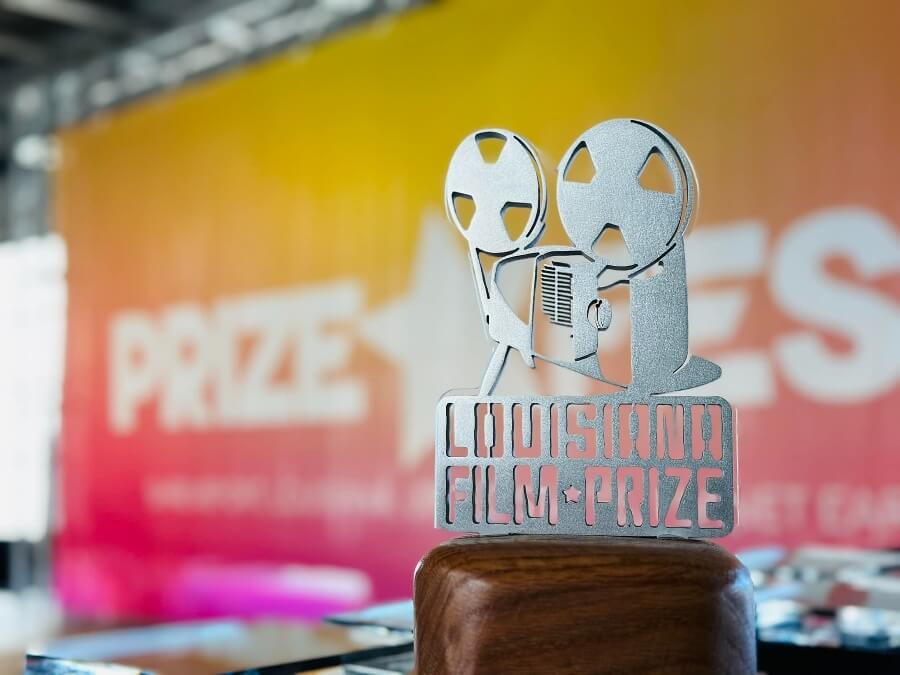 It must be surreal – growing up in Shreveport, moving to LA, then returning home to screen your creation in Shreveport(!) at the Louisiana Prize Fest and walking away with a physically cumbersome but sexy $50,000 check. 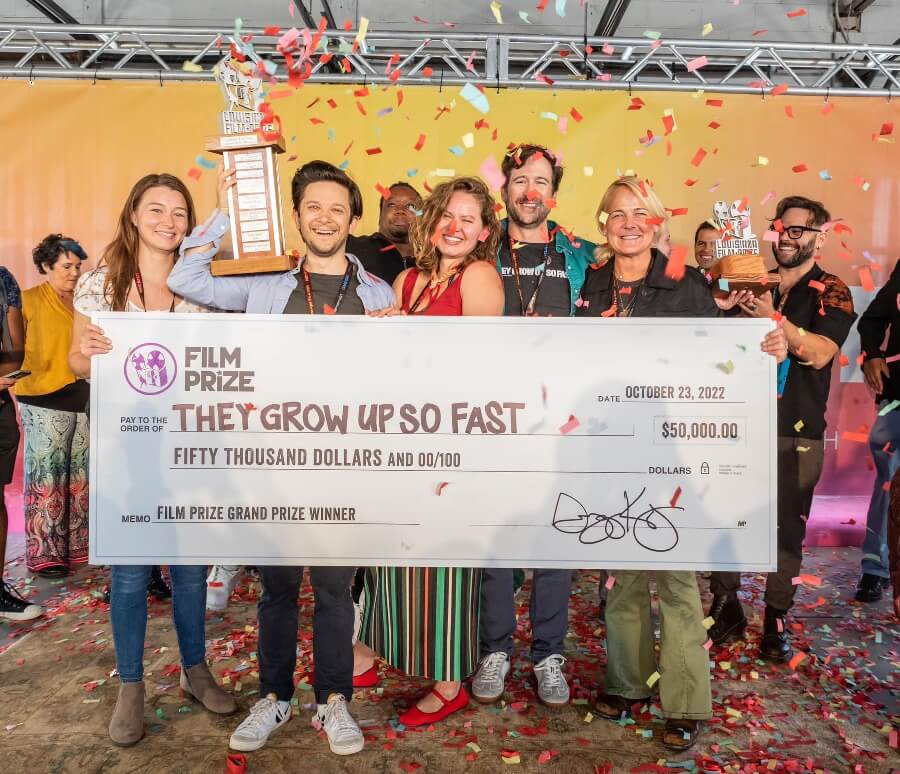 They Grow Up So Fast follows the premise of “man meets woman on wild night out – man wakes up – life moves a little faster than anticipated”. It looks whimsical, fantastic, and terrifying – Beach’s character awakens to what looks like every stage of domestic life packed into one morning, including spontaneously delivering a baby and having his son reach adulthood in a single day.

Before the winner was announced, John was interviewed by the Executive Director of the Film Prize, Gregory Kallenberg. He spoke to the atmosphere of screening the film in a packed theater in front of a hometown audience:

I have made short films and different things that have played in festivals as a filmmaker, and I’ve been in things as an actor that have been there. That energy of seeing a thing in a theater is always special…I think it’ll be so much more intense and wonderful being in my hometown with all those people that are special. 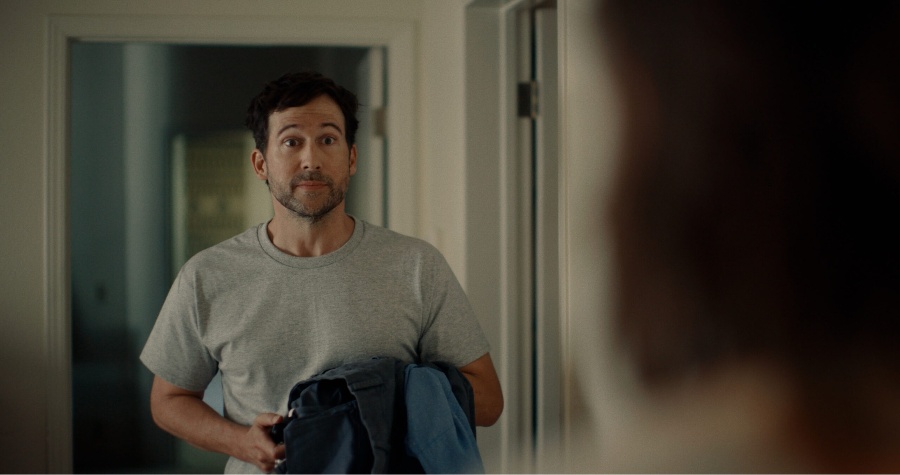 John F. Beach in ‘They Grow Up So Fast’

The Film Prize was made up of a fiercely competitive battle royale arena of 20 films competing for the $50,000 award. The only thing missing was if all the filmmakers had cosplayed in Roman gladiator garb. The top five finalists included Bamber Bridge by Mark D. Bonner, Unicorn Poop by Lorna Street Dopson (we covered Unicorn Poop pre-festival), Credit by Patrick and Susan Kirton, and Betty Lou Had a Son by David Michael Long. The Film Prize also awarded John F. Beach with the “Best Performance” award for They Grow Up So Fast.

The Film Prize is a subcategory of the broader Prize Fest that occurs each year. The festival also holds competitions for a Food Prize, Music Prize, Fashion Prize, and Comedy Prize. With their screening pass, audience members also had the privilege of voting on the 20 films to determine the Prize winner. Screenings took place virtually and in venues across downtown Shreveport.

The broader aftermath was that one cast and crew got to experience an exuberant high Sunday afternoon at the Prize Fest. The subtle takeaway: 20 vibrant filmmakers got to showcase their work in front of a live audience in Shreveport, many of them Louisiana filmmakers.

Check out the full summaries of finalists and winners on the Prize Fest website.